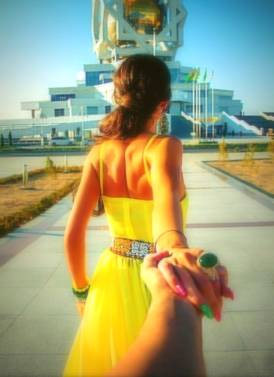 Annie woke up from his light sleep after getting incoming from the reception that a pregnant lady had met with an accident and was in a critical state.

The nurse briefed on the phone as he ran for the lift on the seventh floor. The injured had a car accident and her womb had been hurt hard with profuse internal bleeding. He instructed to shift the patient to Operation Theatre. It would be difficult to save both, mother and child, something he had learned from experience. He dialed the number of another doctor on duty to assess the situation and simultaneously pressed first-floor switch.

Dr. Anhaya Kapoor was the cherry among the lot, known by a more popular name among his breed-Annie.

An upbeat guy in early thirties with a faded beard. He was the senior resident doctor at Brighton’s Medical Research and Science Institute, a prestigious hospital in South Delhi. A hospital founded by his father, who passed away six months ago, Dr. Jagdish Kapoor.

Annie’s brain was as good his face that bruised the hearts of many. He was considered one of the best in the profession a talent he had inherited as genes from his father. His father had been the best surgeon in the country, a favorite among politicians and businessmen who traveled in a private aircraft often for holidays.
​

Annie wasn’t a spoilt brat at all but had a deal in the closet that constituted of everything considered unethical.

He smoked pot, pee-ed on streets, drank abruptly, had a thing for madly kissing his dates in the parking lots. He chased a cop once till the end of the capital border! Annie could play the flute with ease; spoke French and Latin without stuttering. He was a state level swimmer. Rich, smart, fancy looking, a persona other guys wished to be and girls got lured to was Annie. All this charisma was sadly shadowed after he got married to a girl his father chose for him. This was another feather of burden. He loved his dad too much to keep dating Meera; the girl he loved passionately- his lifelong desire.

They had met at a bar at the Inner Circle in Connaught Place, just next to the coffee house.

Meera’s sleeveless blue dress could just kiss her knees! She came for her friend's breakup party, and he was there … coz, he was there most of the times. She was a jingle writer for an upcoming ad work agency who always carried a sweet tone in her laughter. That laughter eventually made the doctor lost his heart. He could never express accurately the love he felt in his heart for her with his multi-lingual skills but she could read it in his eyes. They were the most handsome couple in the circuit without a penny space between them!

A decade later, he was playing high.

When on a game night his dad asked him to marry the daughter of a family friend he held high regards for. His father has just recovered from the second heart surgery. However,  he could feel a lot more pain agreeing to his father’s request, the pain of a poisoned heart! Meera and Annie spent their last night together speechless, just holding hands. He made love to her like never before and cried as she led him to the door in the morning, kissing- a final goodbye. Eight weeks from his wedding date his dad passed away. Annie felt deserted without the two people he loved.

Annie lost the desire for life and spent most of his day hours in hospital after the marriage.

Everybody knew his story but no one ever whispered in those hallways or canteens!  The times were not the same; he was more of an enigma now, never indulging in his old misadventures. The lift reached the first floor and Annie ran out from the half open door and lurched toward the operation theater. Attendant doctor submitted the summary of the report confirming the urgency of the surgery. He wore his latex gloves and entered the operation theater where the proceeding had already begun.  Sphygmomanometer showed a continuous drop in blood pressure due to excessive blood loss.

Annie completed the caesarean and saved the child.

The mother’s heart had unfortunately stopped beating midway the surgery! The beats didn’t bounce back by the defibrillator. The failure- the silence of losing the mother was broken by the first cry of the child! Annie took the child in his hands and felt a resemblance in the touch and couldn’t stuff away that instant love for the child! He went through the patient information sheet to sign off the document and read the mother’s name -‘Meera’.

His eyes blurred as he waddled out of the room with his daughter in the arms.

Our Song Recommendation for this Story!