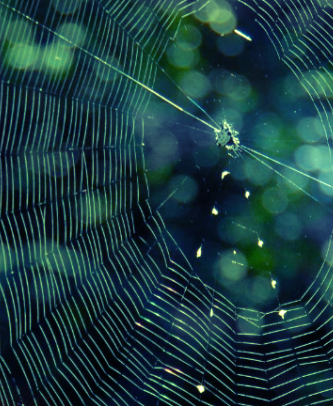 Jay's adventures knew no bound. He moved from one end to the next in the stratosphere, riding his Harley, whistling a song. He traveled through the Steppes, the Andes, the Yosemite- and he progressed more. Jane too was an adventurer of her own kind. She let her mind escape to a vast expanse of imagination. Her canvas was limitless. With each stroke, she created a magical world for herself. Some days with her eyes shut she would travel every nook and corner of her world and many more worlds of others.

Unknowingly she one day got up and started physically walking while she was traveling through her mind's eyes. She moved through the cobbled street, onto the highway, moved on further until a certain tune captivated her attention! She opened her eyes, still unknowing that she wasn't dreaming anymore!

What she saw was a huge Carousel with the brightest lights of stars blinking an invite. Fairies, Goblins, Elves along with laughing children rode through their merriment- an aria to the melody that the Merry-go-round played. Jane wanted to pinch herself to confirm if it was only a dream but a fantastic reality! Apprehensive that the beautiful moment would end, she refrained from breaking the dreamy bubble.

As the Whirligig rotated, she saw a Harley, on the bike a handsome man with cowboy hat, those patent cowboy boots waving at her- his bike on a burnout! As a shocked Jane looked, a laughing Jay tugged at her hand, enchanting her onto the Carousel- Jane jumped in surprise! Jay laughed a little more as he compelled Jane to pillion on his Harley! Before Jane could ask him for an introduction, Jay cracked the accelerators into a throttle and raced away with Jane towards the moonlit sky!

Our Song recommendation for this Story!