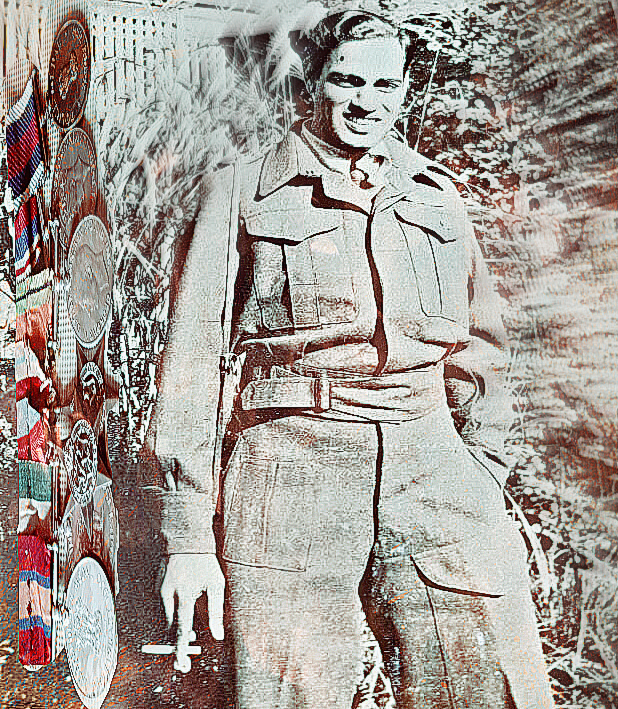 These eerie verses speak, “Build me a son, O Lord, who will be strong enough to know when he is weak and brave enough to face himself when he is afraid, one who will be proud and unbending in honest defeat, and humble and gentle in victory.” - Douglas MacArthur

There are few mortals who rise up to this immortal speech and live and die for a greater cause, something nobler than their desires- called the passion for their land and the citizens.

For this love, they hunt, fight, destroy and kill! They are men or women who temporarily become the heartless machines. These live machinery sing, "There is not to reason why its but to do and die (Charge of the Light Brigade- Alfred Lord, Tennyson).

Ernest Hemingway quoted, “There is no hunting like the hunting of man, and those who have hunted armed men long enough and liked it, never care for anything else thereafter.”

Strangely, no one likes violence except for a sociopath! Soldiers hunt their enemy down, protect the families of their beloved land; sometimes march and conquer other lands- only for patriotism! They provide homes, wealth, richness to others at the cost of their own lives and sanity. How do I know this? Because I knew such a soldier- that young boy in his late teens, who saw the devastation in victory and the crumble of the dreaded German General, Rommel.

Abhay Kinker Sharan won many medals and honours including the prestigious medal from the President of the country, in time!

Yet, what I saw was a man who wiped tears secretly, living as a deputy- representing the friends he had lost, especially in the combat of Operation Desert Fox during the Second World War.

I am proud to say that I was born to the son of such a courageous yet ill-fated, triumphant soldier!

Many of us say that we hate war! However, a candle march is not going to stop the hatred! The conflict and hatred can only stop when we understand what pain and remorse we put our soldiers through. Movies and novels glorify soldiers. They talk about the martyrs, mostly. Very few talk about the ones who survive the ordeal.

“Those who survived were forever scarred,
Emotionally, physically, permanently marred.
Those who did not now sleep eternally
'Neath the ground-
They had given their lives to keep free.” -The unknown

Ones who withstand war live a dead life until they reunite with their friends in death. They die each day, their hearts cry; but no one sees! They feel guilty for being alive. They suffer from PTSD that medicines don't cure, only subside. Death cheated them! Life makes them feel dishonest, yet they exist, coz they are those unfortunate beings who were ignored.

No medal ever makes up for the devastation they saw- their regiments’ men and that of the enemies.

Death does not take sides. It takes the wretched and the blessed away, in the same way. The Grim Reaper does not judge, he pulls a life away from the body with the same dispassion be it a hero or a villain! So many die daily, but none die like the veterans do. They sign up for death when they join the defence forces. They nevertheless, do not sign up for the wretched life they live after losing their men at war. Their bodies survive, with no hope of remittance, no desire of rebirth, no conviction in worldly good!

Soldiers live a worn-out time with the same valour and courage that they faced the first bullet at war. They endure the outcome of the war, pledging to fall every second with each martyred soldier. They resolve to live with self-worth and intellect, they determine to fulfil their dreams- yet they perished daily, with every new breath.

Is it worth letting the ones who survive the war to go through this ordeal? What makes us such heartless living beings? Why do we support violence, and not love? Why? The fearless warriors- the veterans, who were tricked by death, exist- because they hear their peers- marching, laughing, weeping, cracking jokes and saying something that's summed up in this touching poem by John McRae.....

In Flanders Fields, by John McRae

In Flanders fields the poppies blow
Between the crosses, row on row,
That mark our place; and in the sky
The larks, still bravely singing, fly
Scarce heard amid the guns below.

We are the Dead. Short days ago
We lived, felt dawn, saw sunset glow,
Loved and were loved, and now we lie
In Flanders fields.

Take up our quarrel with the foe:
To you from failing hands we throw
The torch; be yours to hold it high.
If ye break faith with us who die
We shall not sleep, though poppies grow
In Flanders fields.