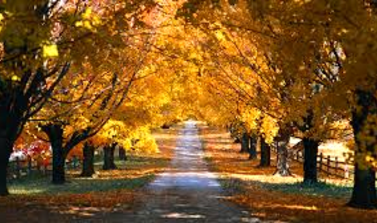 Roads less traveled are always the ones that intrigue us.

Living most of my life in the plains of Eastern India, I had this deep desire to visit the mountains. I wished for the landscape to be solely mountainous, as a child. I now know that to reach a mountain, you have to cross flat land bodies and sometimes valleys. The beauty of topography lies in its variety. My highway journey from Lucknow to Moradabad taught me this. We started from Lucknow at noon. We were soon on NH24; a part of the Grand Trunk Road.

The heartbeat of India’s road life maintained its olden charm. Tall and strong trees rose on both sides of the highway exhibiting their unique personality. Some had a sagacious aura while others looked disgruntled. Little counters of drinking water adorned the highway as it did when Emperor Ashok and Sher Shah Suri ruled ancient India.

The highway was adorned by emerald-like farms on both sides. The topography was constant yet captivating. Beguilingly, the atmosphere around the farms changed with every passing village. Stopped by a barricade, the detour paralyzed us in the midst of a village fair. The village fair boasted of sections exhibiting cooked food, local produce, beauty products, and clothes among other items.

Although we had estimated to cover the distance of 132 KMS in about 7 hours, the village fair had deferred us from our destination. Soon it was pitch-dark. Trees with the absence of lamp posts or highway lights were eerie.

Soon it was pitch-dark. Trees with the absence of lamp posts or highway lights were eerie.

We marginally escaped great peril when Dad’s heroic reflexes swerved the car off-road. An S.U.V had nearly collided with my parents Hatchback car. The route to Bareilly Bypass was in rubles. Traffic moved slowly as the highway was under construction. A narrow street-like part that was available for vehicles was further divided into a two-way street. Heavy vehicles like trucks and oil tankers joined the traffic of cars and S.U.Vs. The drivers of the heavy vehicles, living up to their arrogance, fought a war of supremacy.

By 8:55 PM we reached the sleeping city of Bareilly where the roads were dimly lit and empty. The only interesting sight was a stable with horse driven carts called ‘Tonga’ and those majestic beasts stationed in an ancient looking house. The horses chewed on fodder.  Turning left on NH24 to Rampur Road we reached the town of Rampur. The temperature suddenly dropped many Celsius. The breweries invited us to the town. One sip was all I wished for. Debris that had transformed into a road led us to beautiful houses. Although dark, Rampur had a welcoming atmosphere- a place I will explore someday.

At 11:20 PM when we touched Moradaba- a city of street lights, open shops and people moving around in merriment; ignoring the clock that would soon shout midnight. Civil Lines where we were booked in a hotel had the feel of Central Delhi.

Next morning I woke up early to explore the city of Moradabad. The chirpy neighborhood, with beautiful bungalows and Golden Shower trees that stood upright along the streets, was picturesque. I walked ahead to an ancient looking temple complex where a significant population of monkeys lived.

Absorbing the positivity of Moradabad, I returned to the hotel. This road trip was a prelude to the most beautiful journey of my life, to Corbett National Park- Tiger Reserve.