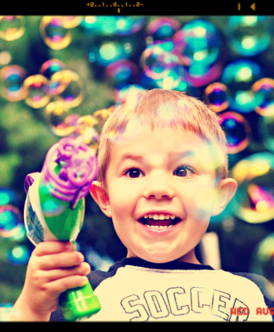 Rick liked it all.

He liked his friends, his job, his neighbors, the street dogs that accompanied him every time he went out for a walk. Every person who envied him or felt aggressive towards him regrettably couldn’t say a sole callous word for him. They ended up flattering him and his compassion. All they could say to vent out was that there was something 'wicked' about those twinkling eyes.

Those eyes squinted when they smiled, laughed in those grim conferences and shouted "I told you so" when the boss took someone to task. Yet his face remained expressionless. The strangest bit in this whole phenomenon was the fact that only his rivals and enemies could read his eyes. The others found them most safe and happy.

There is a certain connection that a person has with his critics. They somehow comprehend them better.

The doubters may not value the person's achievements nonetheless, they do identify the shortcomings. Rick's enemies were no different. They saw his eyes were bloodshot under those sunglasses. Scretly, they sniggered and clandestinely jested at the happy man. They knew something was amiss. The man- everyone's idealized had a foe that kept him awake at nights or made him cry to oblivion.

The detractors kept fussing over it, the admirers kept on loving him, and the days passed.

The cloudy days looked sunny when he smiled and the sunny days less scorching when he crooked his Aviator-glasses towards them. Life was happening when he was around- a star in the universe he lived in. This is how the world perceived him. Rick, however, did not think on the same lines of his aficionado and abhorrent.

He was a guy who detested the mirror. He kept his hair really short because he was scared to look at his reflection. It was better to just brush his short crew cut and run his fingers through them to make them look groomed. He regularly took professional help to get a shave. His trusted hair-dresser followed his orders and covered the mirror for him when he visited the salon.

He didn't mind people. They were a welcome distraction – a diversion to keep his mind away from what lay under the layers of dark things that went on in his brains. One day, he grazed his hand on an iron fence and was astonished to see red liquid oozing out of his fingers. He had believed his blood was black too. So much had happened, the snapshots never left him. He was gratified to have people around him; thanking them with an open admiration.

Ricky, whom everyone loved was unloved by his own self. Although he hid his real persona from the world, only he knew what he signified. He represented the worst. The dark fear, the sorrow, the pain, the remorse never left him. Whenever he slept the nightmares -real than life, filled his intellectual space with trepidation. He saw himself as a three-year-old, smiling almost laughing and pulling the trigger.

He saw all his family falling. Dad went first, then his brother on the second and then his lifeline- his Momma on the third. The judges in the court were funny. They did not shoot the last of the cartilage in him. They forgave him saying it was an accidental death by a toddler. He understood what death was when they took him to the graveyard. Were they dead?

They were buried and try how much he might he would not be able to dig six feet underneath. 6- feet under was more than layers that differentiated the living from the lifeless. His soul had departed with them. Sadly, he was all alone- still breathing. He had buried his spirit with them but the inhalation wouldn't stop.

As a grown up, he stood against violence- championed against possession of domestic ammunitions. He wanted to tell others that there was still a chance that he had lost. Yet, more people got licensed guns. Ricky spent sleepless nights for days; sometimes months. Clinically they said he was an insomniac.

Poignantly Ricky believed he was a murderer, a lover of a weapon that had wiped his family, his lifeline, his hope, and future.

He stood and fought with every legislator. He stood in rallies taking leave without pay to fight the law of firearm possession. Yet, it was all in vain. What he saw was that three-year-old toddler killing them all one by one.

Our Song Recommendation for the Story!