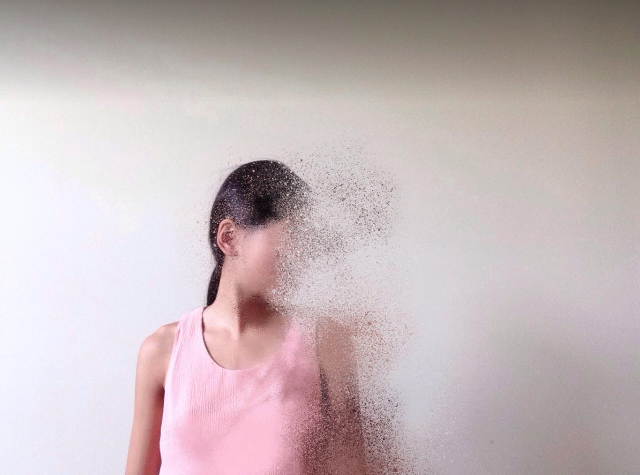 The battered woman swayed down the street elegantly.

She turned heads with her poise. But one look at her tear-drenched face would give her beholders sleepless nights. She was a dream for many. But in her home, she was the object that was whipped, kicked, abused and banged against the wall…

She was oblivious to the concerned passersby who looked and re-looked at her tortured beauty. The people took a measure of her condition but she was suffering too much to notice. Her painful strides were purposeful. With each step, she evaluated her life.

What was her fate? Was her courage failing? Or was she just that drifting wind that people closed their windows on? Who was she? Why was she broken and bruised? Why was the vision so helpless, a putty in the hands of that Satan?

Who would rescue her, someone asked. She overheard the question. She wiped the ceaseless tears and said to herself, ‘ I will save her. Because I love her. And I won’t be assaulted and disparaged anymore. I’ll stand up for myself. But I won’t lose my compassion. I’m not weak because I am constantly tortured. I’m strong. I’ve learned from my past. And I’m equipped for the future.’

Her statement acted like a magical prayer. She grew wings of pastel pristine shades. The wings flapped. With each flap of her wings, all her bruises vanished. Her pinions swayed and buzzed with courage. With each move, she found a new purpose. She soon felt the sunshine soothe her torn soul. She flew and with that, she freed herself of further doom.

“No woman has to be a victim of physical abuse. Women have to feel like they are not alone.” – Salma Hayek