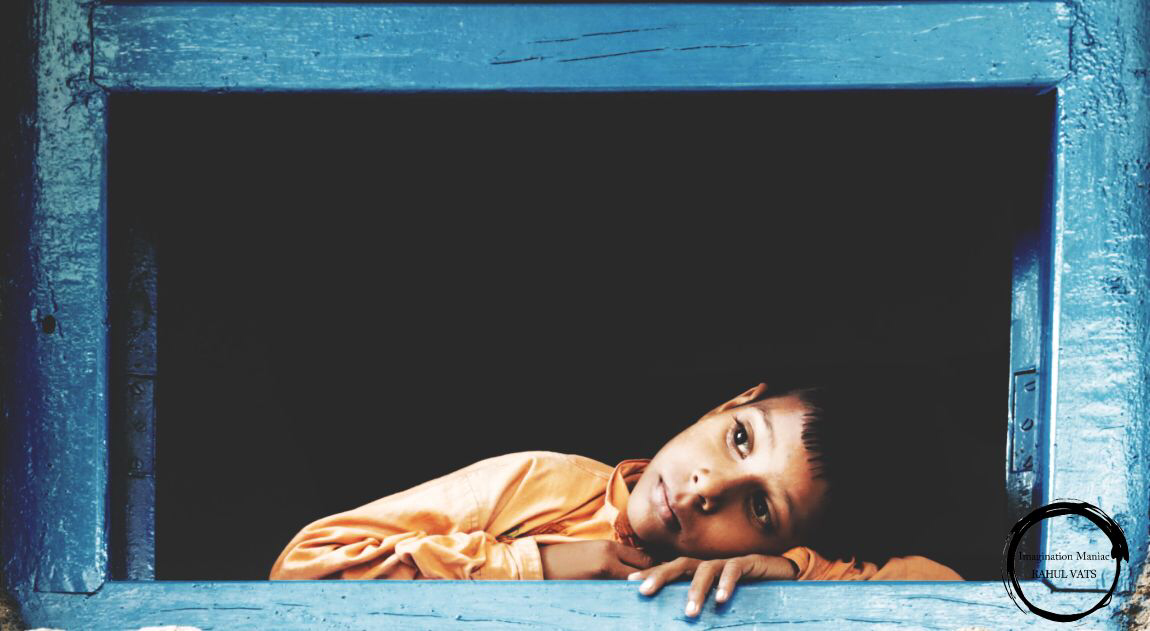 The boy by the window looked out. He wondered what was special about the day? It was same as yesterday. It was identical to any other day.

He was prohibited to look out of the window, anymore. He thought of how and why such restrictions were imposed on him.

They couldn’t do any better.

He was not sure if the sun had risen. His city was blind to the day’s rise.  It was oblivious to the rumba of the dusk and the waltz of the night. The boy tried to seek nature. In his heart, he knew…

There was nothing worthy to explore in the vast sky because he could not see the sky anymore.

He breathed in the atmosphere. It suffocated him. Tears ran unchecked. Was it disappointment raining down his cheeks or was it resignation?

He surreptitiously peeked out of the window while his parents were distracted. He had found such an opportunity every day, for over a year. Disappointingly, his world remained the same. He hadn’t seen the sun or the moon for long. It had been forever since he had smiled at a twinkling star.

He missed his friends. Did they miss him too?

It was his birthday. Last year, he was excited he was celebrating his birthday in a unique way. There was no school! There was no peer pressure to have the grandest birthday celebration. Sadly, this birthday promised him nothing special. It was like any other day in the past year and more. Would they have candles on his birthday cake? Would he get a Black Forest cake? He already knew the answer to these questions. Nothing could shed away the darkness. A candle would only be a farce.

A year had passed. Many more days would follow this day gone by. Would he look out of the window expecting the universe to glisten its blessings upon him? His young mind was crammed with questions. He knew the answer to one critical question, though.

For now, his heart only knew how to succumb to the unpromising circumstances.

He reminisced those games at the school playground. The boy by the window missed his friends. He thought of his teachers. There was a time, he had hated school and home-works. That was over a year ago. His life had changed drastically since then.

Smog had engulfed his world, halting his existence. He called that a ‘Smogulfed’ world. He lived in the unfortunate city that was dazed and ruined by the thick cloud of pollution.

Did Australia still have a sunrise? Did Canada still have a sunset? The news said it did. Why couldn’t he hear the birds chirp anymore? Why did he not see trees? Would the lamp posts ever stop burning? Why was he always surrounded by artificial lights? Why did he and his friends live in a blind world when they had eyes to see?

The child by the window was always gloomy. Unfortunately, he was born in a polluted city. His city had ignored the warnings of nature for years! He was a sad citizen of a cursed city that had capitulated to the reign of pollution and smog.

He said a little prayer. If there was a thing like birthday blessings, the boy at the window would get the gift of living a normal life again. Didn’t he as a child deserve as much? Or was being born in the unfortunate city his curse? Would he never see the smog disperse and the sun shine through? In his heart, he knew…

He craved to see the clear blue sky. Was that a distant dream?

He perceived a ray of light piercing through the dense city fog. Was that an answer to his prayers? If he was hallucinating, disappointment was eventual. If what the boy saw was true, he would have clean air to breathe! The boy put his face out of the window to breathe in- deep.

He was fearful to breathe out. Right at that moment, his mind whirled, his heart pumped, his lungs couldn’t hold it anymore. He breathed out with great force. What came out was a sooty smoke of his expectations. He surmised change wasn’t near.

The boy at the window was merely a child. He couldn’t fail at being hopeful. He prayed his next birthday would be shiny and bright, with birds chirping, ants toiling, butterflies flying, trees shedding leaves of joy and his lung enjoying the breath of fresh unpolluted air.

With this ardent hope, he shut the window. He knew they could shut him in the house, not his window of hope.

2 thoughts on “The Boy by the Window”