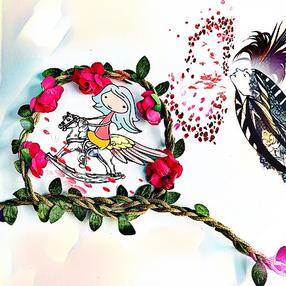 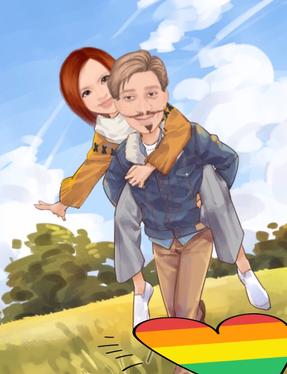 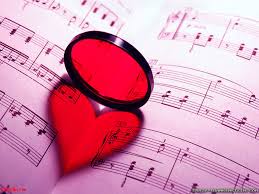 The night was young, glittering with the twinkle of young loves! They walked excitedly to the prom, controlling that childish jump their feet would dance to when they were in school! But today was different. This was their first step into an adult world- a world where life would treat them as grown-ups- a childhood they would never be able to retreat to.

As the young pairs waltzed through the songs, Cherry decided to gift a chance to smile for someone special. She abruptly left the arms of her dance partner and walked up to Mr. Pepper, her Drama teacher. Unsuspected he looked at the young ones in love with his salt n pepper locks of hair falling over those round rimmed glasses! His eyes held that loneliness that he tried to hide after losing his wife of 50 years.

She curtseyed and then bent on her knees to propose the next dance to Mr. Pepper. The crowd cheered and clapped in encouragement!

Mr. Pepper reluctantly took her hand, kissed it old fashionably and led Cherry to the dance floor. As they danced, the other students danced around them in a circle- holding hands. The Prom was now a celebration of not only the young's adulthood but also the homage to the educators who meant so much to the students!

Mr. Pepper gracefully waltzed away with Cherry. When she complimented him, he laughed in embarrassment that soon transformed into that of grateful happiness. Mr. Pepper's resounding laugh was something the students and the school fraternity had missed for over a year. His gleeful baritone made the day priceless for everyone. .